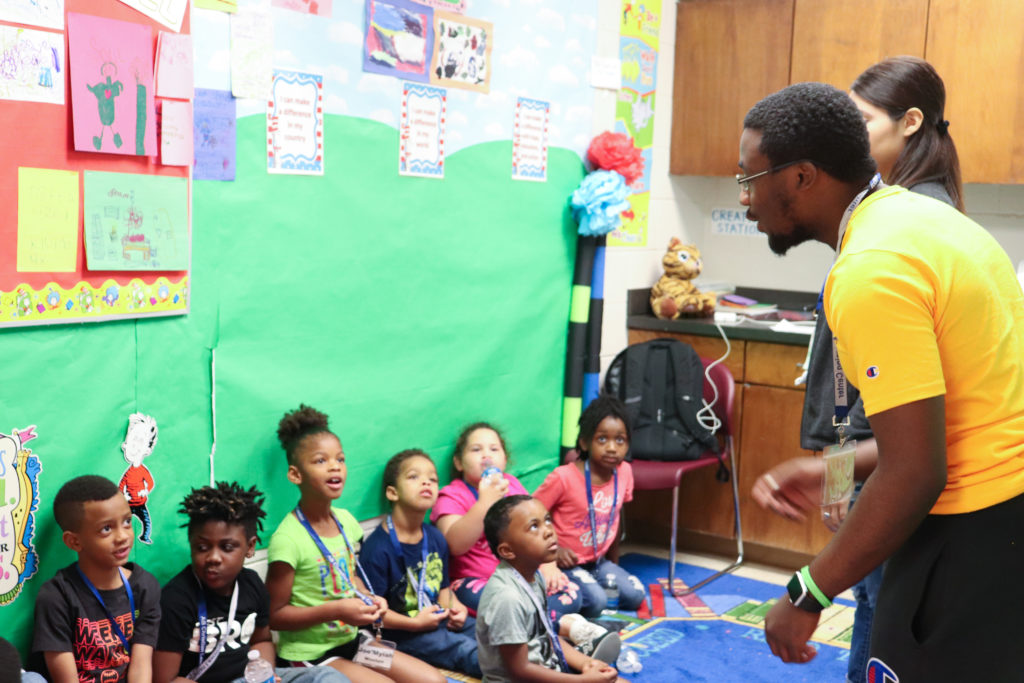 After 30 years of service, something inside of Loretta Burns told her she hadn’t done enough. And for a career military woman who transitioned to the federal government, the pull to do more sent her on a different path.

The road was paved with obstacles and often with sleepless nights. It hasn’t been easy, but that’s OK. 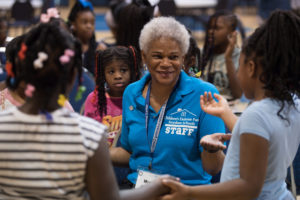 “I heard a sermon one day and I knew it was time for me to give back,” Burns said from the modest offices of AB Christian Learning Center in east Fort Worth. “I decided it was time to leave a very good job. My husband said, ‘You’re going to leave what to do what?’”

That “what” began 13 years ago in 2006, as Burns founded AB Christian Learning Center, a faith-based nonprofit that provides high-quality after-school and summer learning programs for children ages 4 to 12, and provides parents and caregivers the support they need to become strong co-partners in their child’s education. Some might say AB Christian helps give at-risk children a fighting chance.

“Kids are not at-risk,” Burns corrected. “They just have at-risk parents.”

The daughter of a single mom with eight kids, Burns was given an opportunity to escape her reality growing up in Tampa projects. A chance to go to college was presented. She took it, moving to Boston. It changed her life.

“I understand that someone can give you a helping hand and get you out of your circumstances with education,” she said.

“Those are the areas that causes a child to be vulnerable or perform poorly in school or not succeed in life,” Burns said.

AB Christian also operates a summer program through the Children’s Defense Fund Freedom School at the Martin Luther King Jr. Community Center and four other sites in the Stop Six and Morningside areas. The Freedom School is part of Read Fort Worth’s Summer Scholars Collaborative, which features 12 programs operating at more than 60 sites across the city. A purposeful literacy component is embedded in each of the programs designed to prevent “summer slide,” the loss of literacy levels over the summer. 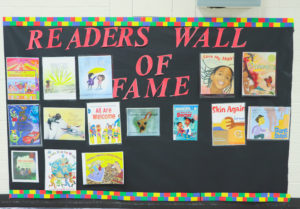 The programs through AB Christian are free of charge, serving primarily high-poverty and low-performing schools in southeast Fort Worth, mostly in Stop Six and Morningside. The Freedom Schools at the five sites cover six weeks with an enrollment of about 220 total “scholars” – that’s what they call the students – ranging in grade from Pre-K to fifth.

Burns calls the Freedom School an “intergenerational program.” In addition to a trained educator manning the role of project director/site director, a number of college interns are hired to help teach the scholars. (Several of the interns over the years were former scholars.) The entire staff receives a week of training at the University of Tennessee.

“It’s not babysitting,” Burns pointed out. “There’s a curriculum they have to deliver.”

Program director/site coordinator Krista Franklin teaches English at Leonard Middle School in Fort Worth ISD. Under the structure of the Freedom School, Franklin has helped set up a learning environment that challenges, nurtures and entertains the scholars.

“I like it when we play games and when we do stories and watch movies,” said 7-year-old scholar Courtland, who attends Sunrise-McMillan Elementary.

The setting inside the MLK Center is colorful and inviting and safe. Book covers from guest readers cover one wall. Weekly themes, such as “I Can Make a Difference With Hope, Education, and Action,” dot another wall. The scholars are also encouraged to “shop” at an Incentive Store with coupons they can earn.

After a breakfast, all the students come together for a Harambee, an uplifting group session based off the Kenyan tradition of everyone pulling together. An integrated reading curriculum follows, with the support of a Literacy Support Specialist. The scholars also take part in arts and crafts, science lessons and get to just play. (Snack and lunch are provided, too.) Specialized reading activities are incorporated throughout the day, including a series of guest readers that included Mayor Betsy Price this summer.

“I believe things grow out of a culture,” Franklin said. “A culture is created from an environment. So, what are we putting into the environment, into the atmosphere that’s around us, that’s going to be conducive to some type of growth? I want to grow a love of learning.”

Literacy Support Specialist Delores Woodard visited the MLK Center twice per week to work with the scholars. She helped the younger scholars especially with letter recognition, how to form words using sounds, sight words and how to read books to build fluency.

Woodard also takes part in the after-school program, giving her access to many of the same kids throughout the year. She’s personally witnessed and contributed to their reading improvement.

“The rewarding part for me is watching them grow, to see their enthusiasm in reading,” Woodard said. “When I go to get them, they ask what are we going to read today.” 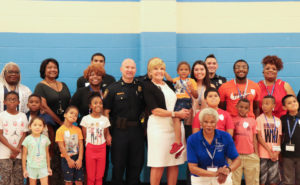 The interns are hands on, as well. They lead the scholars through the day’s activities and get to know them on a personal basis. Being aware of what is going on in their lives is as crucial as any reading lesson.

“We have a one-on-one connection,” said three-year intern Kylicia Smith, a graduate of Clark Atlanta University. “Not only are we teaching them to enhance their reading, we’re teaching them life skills and how to solve issues with their families, friends and anything you may encounter in life.”

The responsibility to better themselves isn’t placed solely on the scholars. The parents/caregivers are just as accountable, having to meet weekly with the Freedom School staff. The meetings are mandatory. The scholars also take home a newsletter produced by Franklin detailing exactly what was done each day and what’s coming up.

Much like Burns, Franklin came from challenging background. She didn’t let that define her. She was raised in Fort Worth by a single mother who she called “phenomenal and awesome.”

“We were poor, yet many people don’t believe I was raised poor or that I was raised in the ‘hood,” said Franklin, a Fort Worth Dunbar graduate who holds a Master’s Degree. “They don’t believe that because of the values my mom instilled in me.

“She would also say that just because you were poor, you don’t have to be impoverished. Poverty is a mindset versus a location or way or life. Freedom School works on the mindset of the students so they aspire to be better. That’s what I do.”

That’s all Burns wanted to do when she started on this journey 13 years ago. The 12-hour days for little pay, getting up in the middle of the night, canvassing the community for funds is her normal.

On the wall of her office are photos of former scholars dressed in their graduation gowns, either from high school or college. They’re her family. The road she chose.

“Not only is it the most important work I’ve felt I’ve done, it’s the most rewarding work I’ve done,” Burns said. “I’ve never been happier. This is truly my life’s calling.”