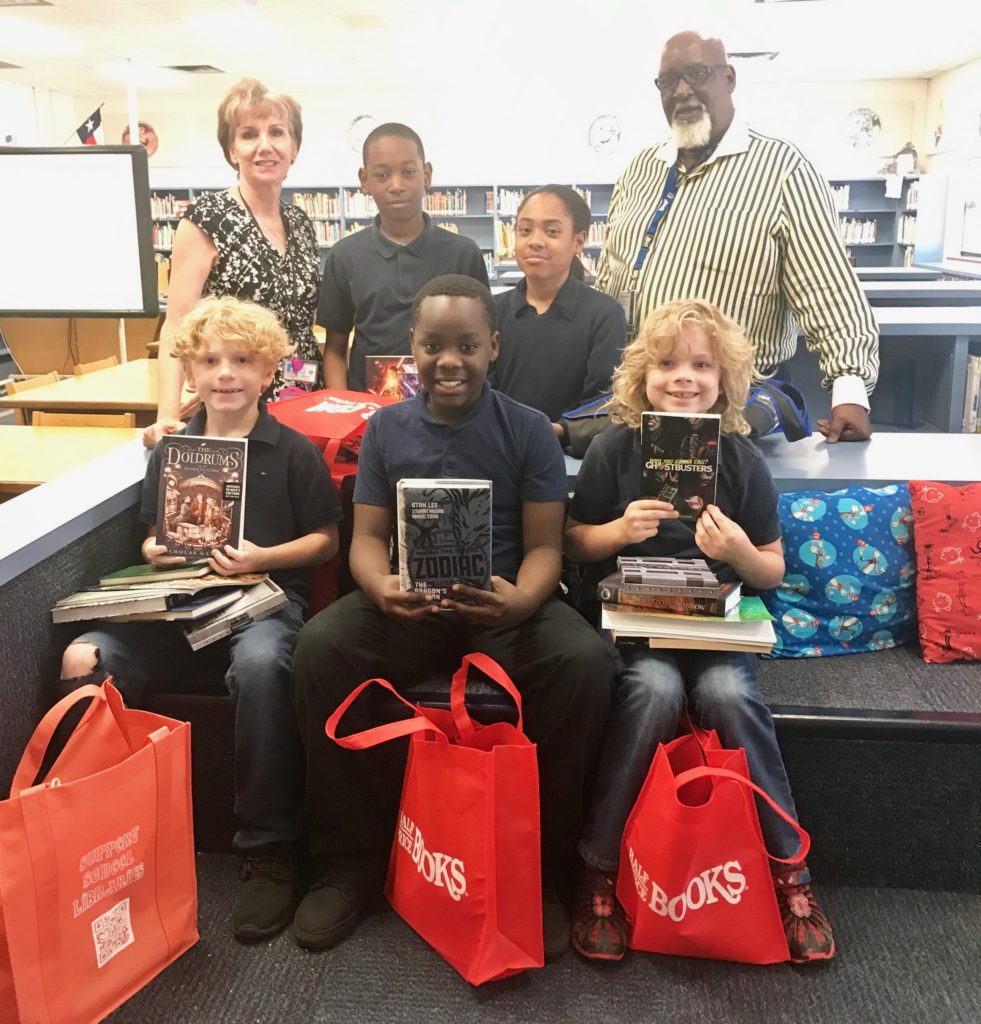 One million words.
A goal so big who could possibly achieve it?
Five students from Morningside Elementary School on Evans Avenue in East Fort Worth did just that this year. They were encouraged by Kelly Herta, the school’s undaunted librarian.
Stocking the school library and give-away bags with “good books” is Herta’s passion. She frequents the Scholastic Books Warehouse in Arlington and Half Price Books to make sure kids have access to current, relevant and fun titles.

Several of Herta’s students read more than one million words this year – 1.8 million to be exact for Gabriel Mao. He read 52 books this year to accomplish his goal. 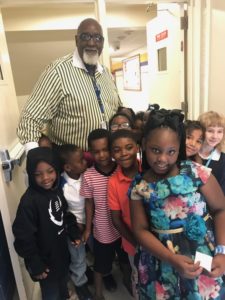 “Sometimes it’s fun because you’re into the story and stuff, and you get mad because you don’t want it to end,” Mao said. “Sometimes you get points for reading. In my class, we had to get 50 points for reading, and that was good.”
Herta borrowed the million-words idea from Dianne Law, the librarian at Westpark Elementary School in Benbrook. Herta was impressed with posters Law had made featuring students who achieved the one-million-words goal.

At Morningside, the high-reading achievers are announced over the school speaker system and celebrated with donuts and juice. The school library has a reading nook with comfortable seating and popular titles within easy reach.

“I keep books out here to spark their interest. The older kids need bigger books,” Herta said during a campus visit the last week of school. “These are very good readers here… One student read 14 big books, and that’s 12 million words – that’s the way it’s supposed to be done.”

Morningside and Westpark readers are part of something much bigger than the million-word-challenge at Morningside. Across the U.S., school districts and individual schools have promoted campaigns to entice children to join the million-word club for at least 10 years.

Tulsa Public Schools has published a handy chart on the district’s home page showing how time reading – 20 minutes per night – equates with the number of words in average books for readers from kindergarten through high school.

Denver Public Schools have participated in a “Read One Million Words” campaign since 2002 and pledged to reach the goal by reading outside of class. One million words, the Denver district says, is equivalent to reading 25 third-grade-level (approx. 125 pages) chapter books during the school year, or about three books per month.

Morningside student Ntoma Niyibitanga said the 1.4 million words he read this year “made my brain grow.”

Schoolmate Simon Lake added: “It makes the STAAR test very, very easy. You just read, and then you do it.” 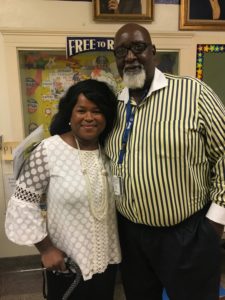 Across our community, we must figure out best practices that enable some schools and children to succeed when others fall behind. We must put these actions into practice now to drive change.

As parents, property owners and supporters of children, we must do more of what is working to improve literacy until we reach our shared goal of 100 percent of third-graders reading on grade level.

What if some of what works is free?

We applaud Ms. Herta, Morningside Elementary Principal Ronnita Carridine and the students who are One Million Words readers.